Jesper and Sean just returned from a short trip to Dalsland, Sweden. Autumn was kicking in, temperatures where dropping and nature preparing for another harsh Swedish winter. The summer in Sweden felt like it would last for years, and so the fishing was a bit off during the July and August. The end of september would be a good time to target large, hungry Northern Pike.

The watertemperature was still high when they arrived, around 18 degrees celcius and during 5 days of fishing it dropped to 15.2 degrees. As the temperature dropped, so did the fishing results. The first couple days on 15 fish on average, the final two days it was really hard to catch a few good fish at all. Their result in 5 days of fishing: 59 pike, 8 crossed the 100cm mark / 3 the 10kg mark, the two biggest fish 116cm/11kg and 123cm/12,9kg! 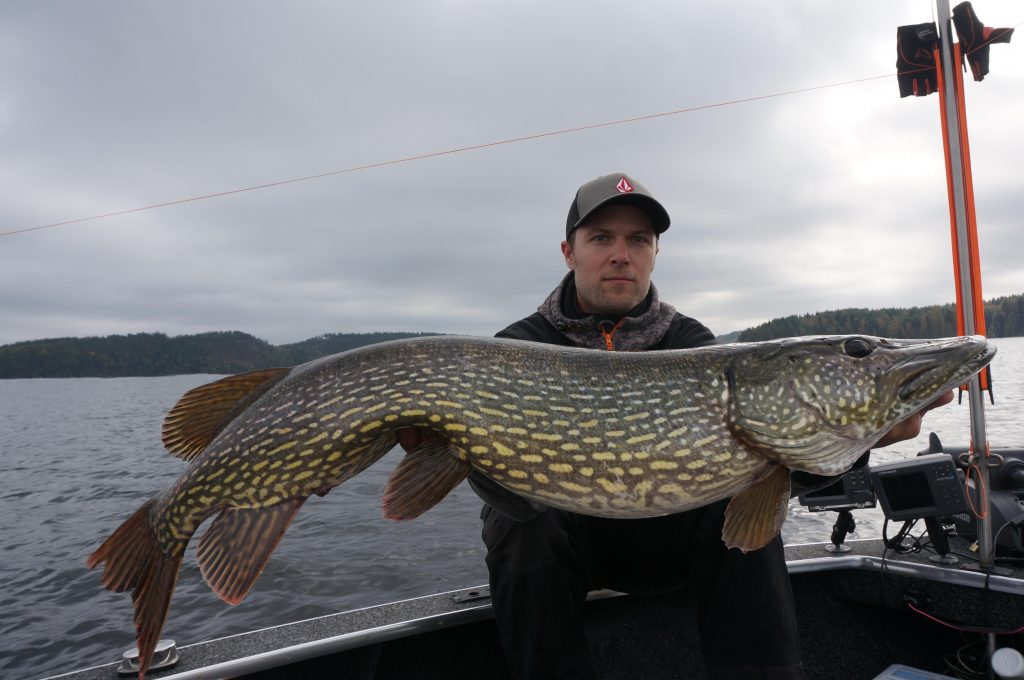 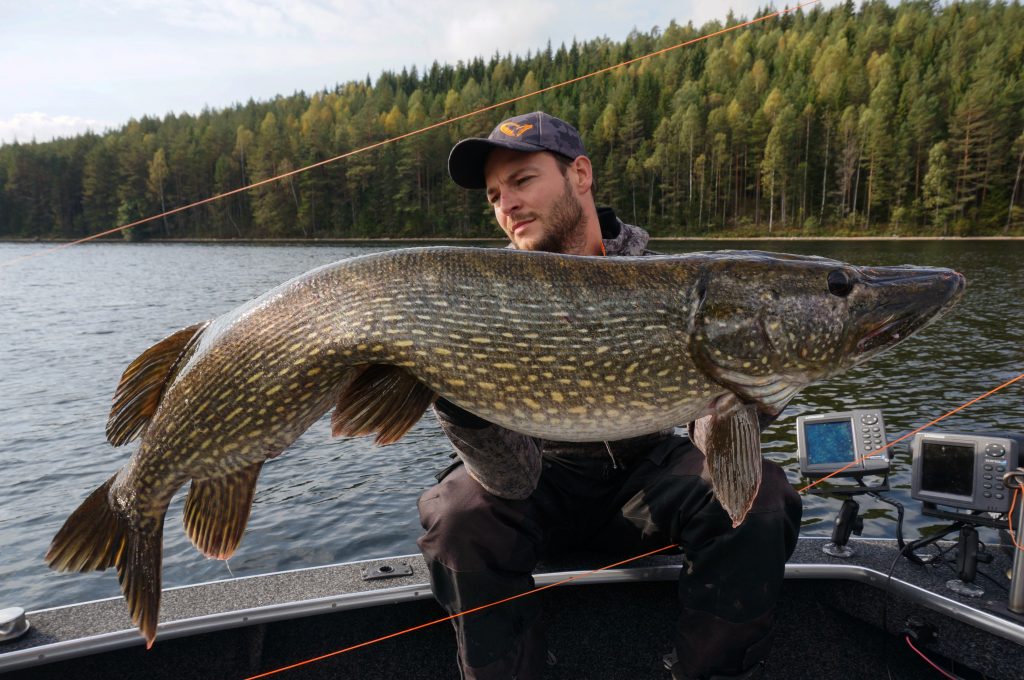 Most pike where caught between 1 and 3 meters deep, usually around structure or shallow areas near deeper water. With the temperature dropping, they had to fish deeper during course of the week. Eventually fishing at slow speeds with big swimsuits, far behind the boat, resulted in the catch of some quality fish. 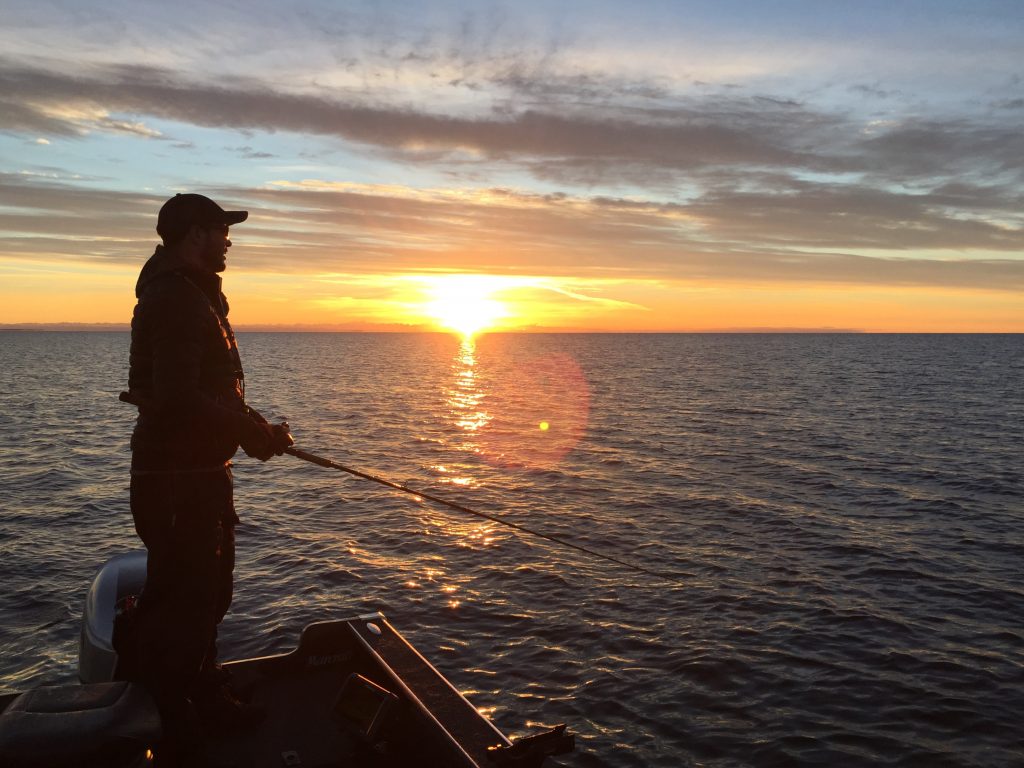 Overall the fishing in Sweden during the month September is something we can really recommend. Nature at its best, wild life all around you, leafs turning into their Autumn colors and fish feeding and getting fat. Jesper and Sean had some bad luck with the rapid drop of temperatures, but managed to catch some quality fish. September can be good to do both trolling and spinfishing, but do consider the fact that the days will get shorter and shorter in a rapid rate during your visit. Do not expect to fish untill 20:00 at the end of September. It will be pitch black! 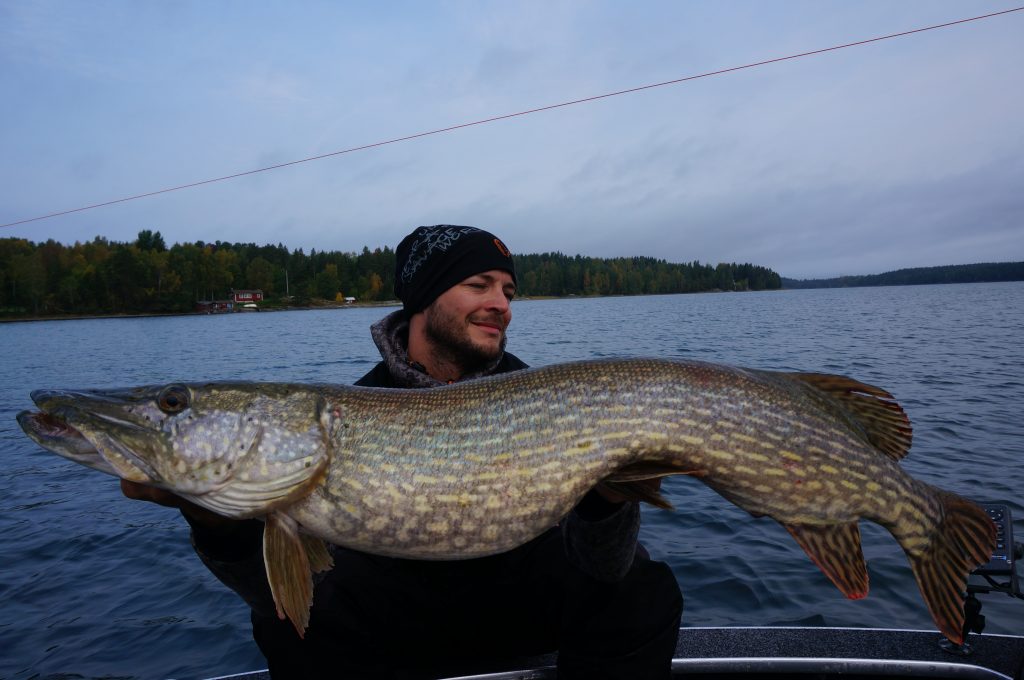 Most activity came in the morning untill 13:00, and then all of the sudden all activity was gone. During the evening hardly any strikes, usually resulting in just a few fish. The Waterwolf HD (underwater) camera’s showed some interesting footage that gave new insights, more on that soon! 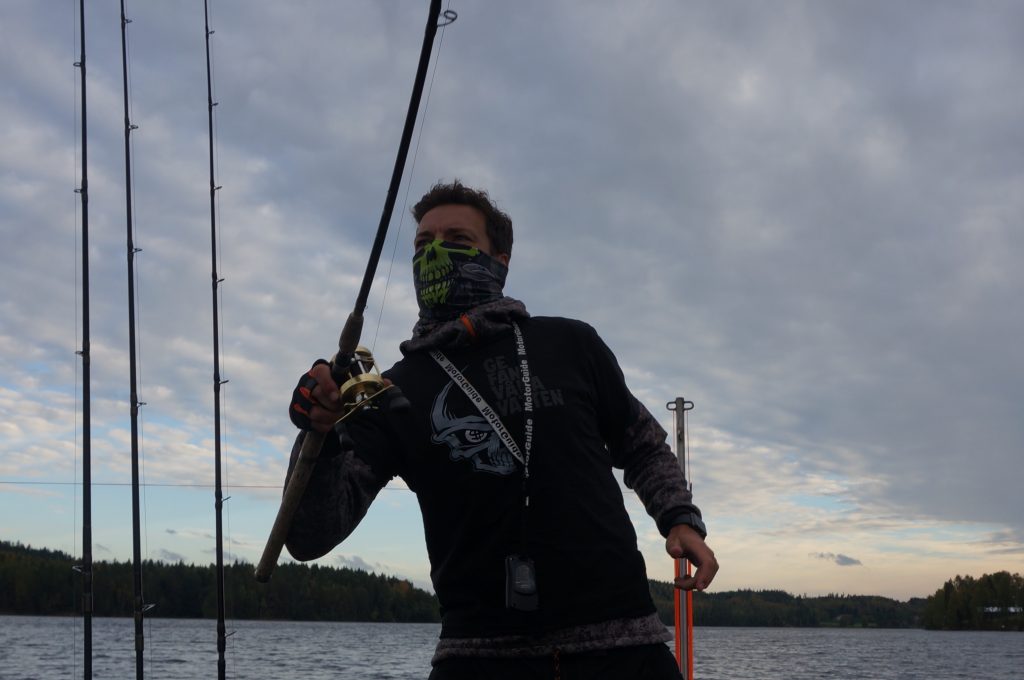 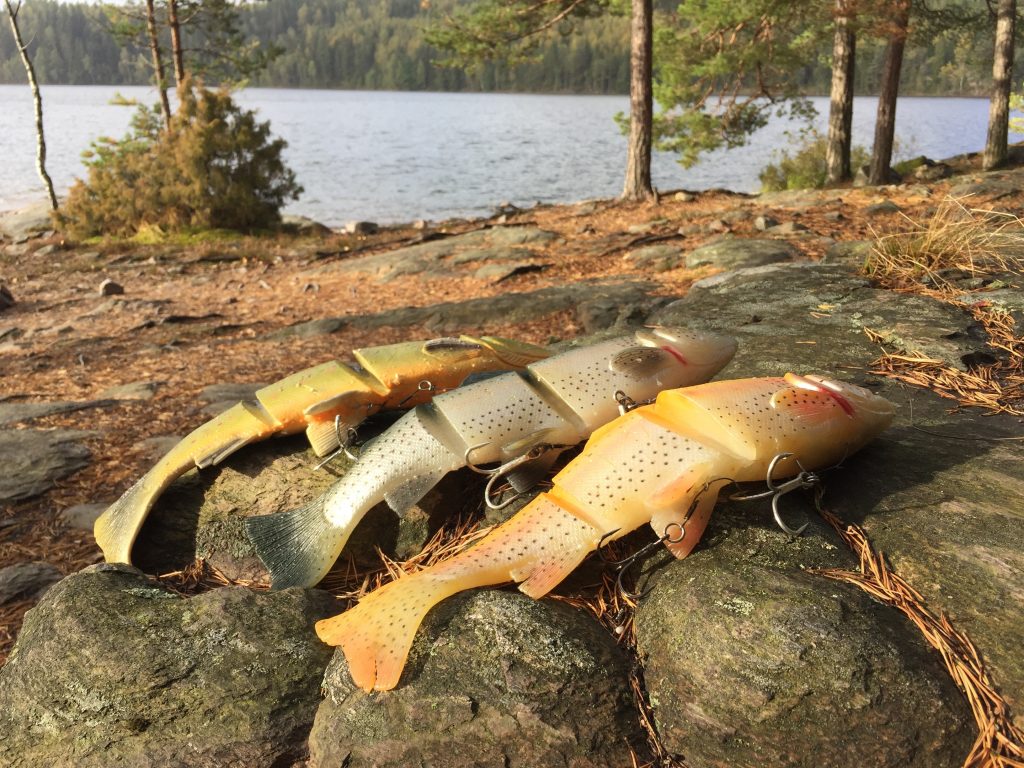 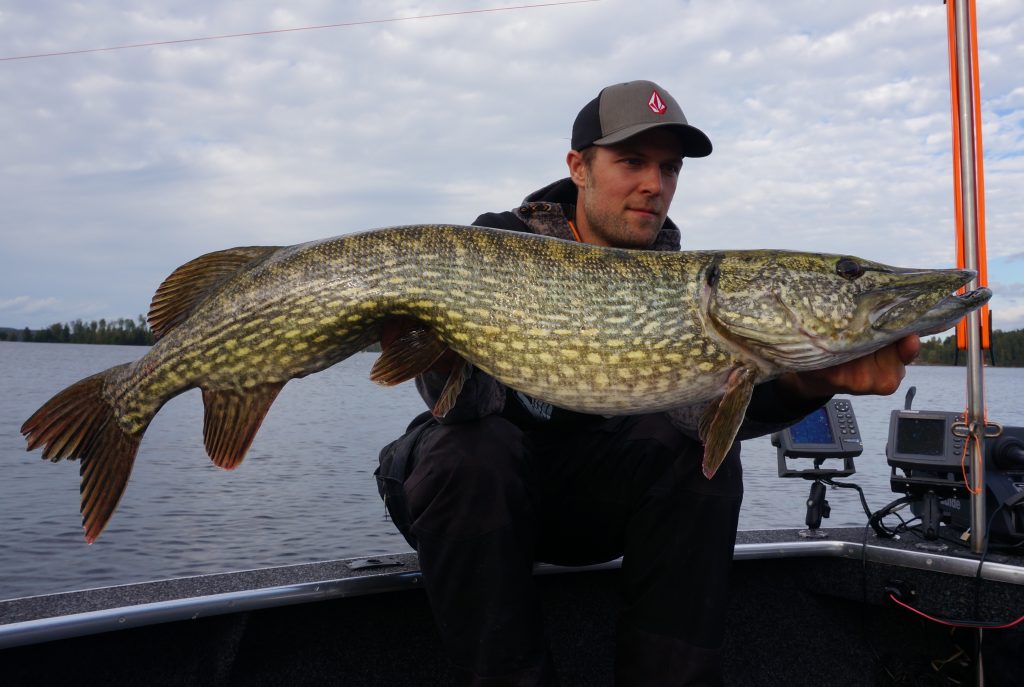 It is hard to imagine, but this seemed to be the average size! 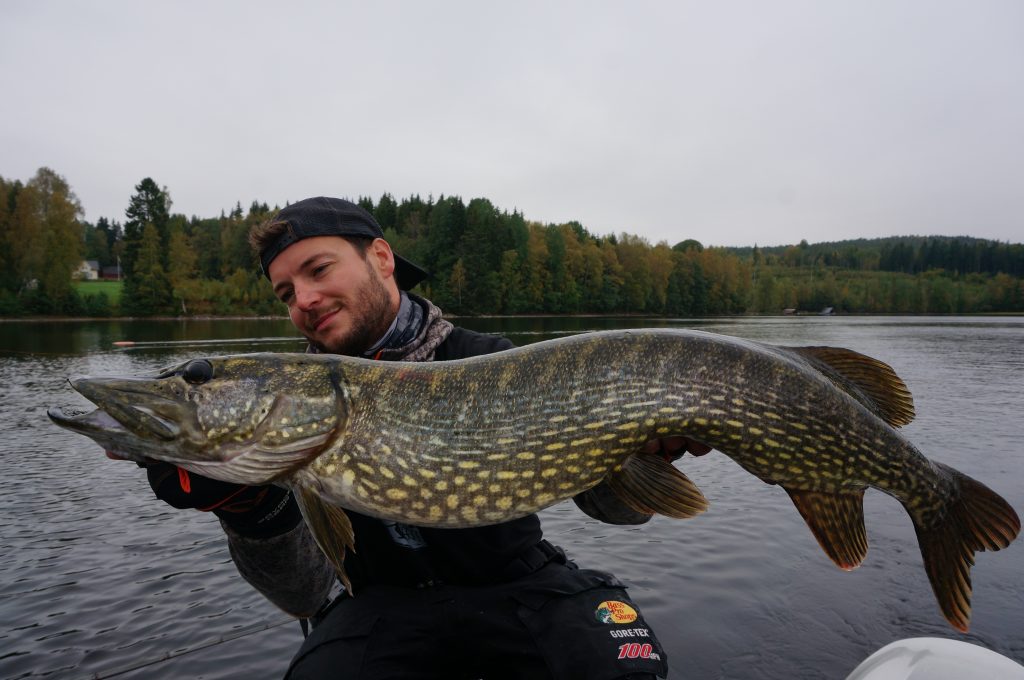 Another stunning fish for Sean 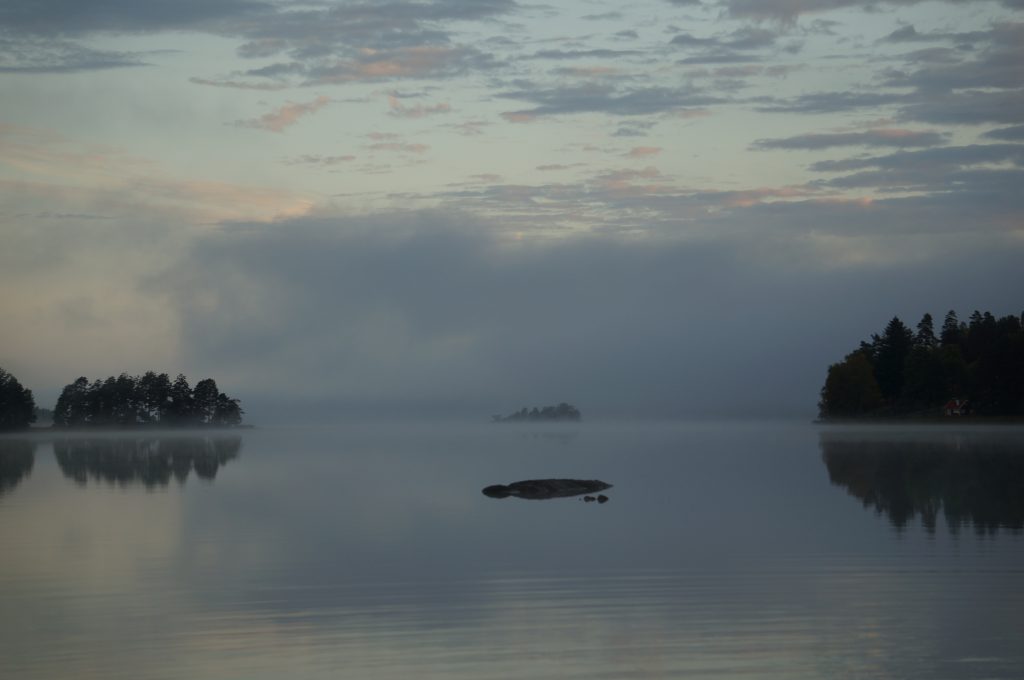 Fog can be a nasty suprise when you go fishing in September! Make sure to check the weather predictions and match the lake that matches the best weather prediction! Be safe, always use a GPS and do not take any unnecessary risks! Besides, fog can be damn cold so always dress to the occasion! ;-)

Special thanks to Andy and Sportfishing Dalsland for helping out with a place to stay. Jesper and Sean had a blast and will return next year on more than several occasions! See you soon Dalsland, Sweden!

Interested in learning more about trolling in Sweden or eager to join a guided trip in 2017? Stay tuned or contact us!